Opinion: If you are going to be evil, don’t be stupid at the same time - - ICASA commited the “thou shalt commit adultery” error in a grotesquely comical fashion, and chickens may come home to roost. 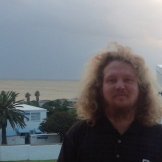